Writings by Cornel West, resources related to Wests' writings, and works that he references. Plus information about talking about race, especially addressing issues related to race in the classroom. 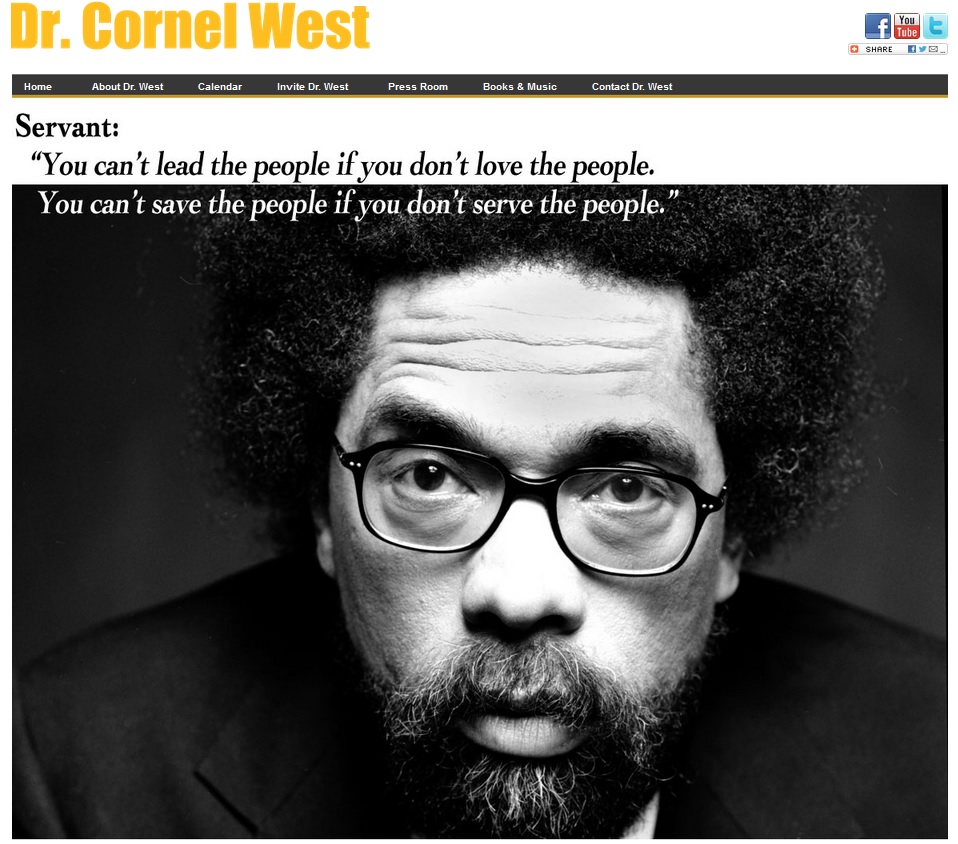 Race Matters references the writings and work of numerous individuals. Some of those references are include here.

"Since the beginning of the nation, white Americans have suffered from a deep inner uncertainty as to who they really are. One of the ways that has been used to simplify the answer has been to seize upon the presence of black Americans and use them as a marker, a symbol of limits, a metaphor for the “outsider.” Many whites could look at the social position of blacks and feel that color formed an easy and reliable gauge for determining to what extent one was or was not American. Perhaps that is why one of the first epithets that many European immigrants learned when they got off the boat was the term “nigger” – it made them feel instantly American. But this is tricky magic. Despite his racial difference and social status, something indisputably American about Negroes not only raised doubts about the white man’s value system, but aroused the troubling suspicion that whatever else the true American is, he is also somehow black."

Ralph Ellison, "What America Would Be Like Without Blacks" (1970)
From the Introduction of Race Matters.

"We black folk, our history and our present being, are a mirror of all the manifold experiences of America. What we want, what we represent, what we endure is what America is. If we black folk perish, America will perish. If America has forgotten her past, then let her look into the mirror of our consciousness and she will see the living past living in the present, for our memories go back, through our black folk of today, through the recollections of our black parents, and through the tales of slavery told by our black grandparents, to the time when none of us, black or white, lived in this fertile land.
The differences between black folk and white folk are not blood or color, and the ties that bind us are deeper than those that separate us. The common road of hope which we all have traveled has brought us into a stronger kinship than any words, laws, or legal claims."

"Insistence on patriarchal values, on equating black liberation with black men gaining access to male privilege that would enable them to assert power over black women, was one of the most significant forces undermining radical struggle. Thorough critiques of gender would have compelled leaders of black liberation struggles to envision new strategies and to talk about black subjectivity in a visionary manner." 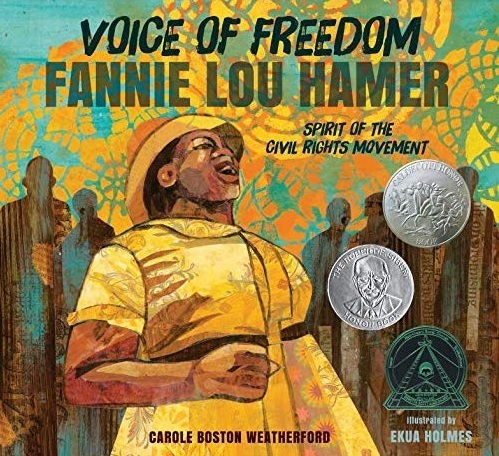 Fannie Lou Hamer, along with Malcom C, Martin Luther King Jr., and Ella Baker is referenced several times in Chapter 3 of Race Matters. This Caldecott Honor Book on Hamer's heroic role in the Civil Rights Movement was illustrated by MassArt's own Ekua Holmes.

“Institutionalized rejection of difference is an absolute necessity in a profit economy which needs outsiders as surplus people. As members of such an economy, we have all been programmed to respond to the human difference between us with fear and loathing and to handle that difference in one of three ways: ignore it, and if that is not possible, copy it if we think it is dominant, or destroy it if we think it is subordinate. But we have no patterns for relating across our human differences as equals. As a result, those differences have been misnamed and misused in the service of separation and confusion.”

♦ Review: "Horace Pippin Captured History With Joy and Acid" by Holland Cotter. New York Times, February 3, 1995.
In Horace Pippin's Challenge to Art History, West critiques how Pippin's work is covered by art critics and art historians. This review from the New York Times is an example of main stream criticism of Pippin's work.

♦ "The Dominance of the White Male Critic" by Elizabeth M[ETH]Ndez Berry and Chi-Hui Yang. New York Times, July 5, 2019. A recent opinion piece in the New York Times that also addresses the problem with art criticism.

♦ "Seeing American History Through the Art of a Black WWI Soldier" by John Yau. Hyperallergic, August 24, 2019. A current article on Horace Pippin from a popular art-focused website.

♦ My President was Black by Ta-Nehisi Coates. We Were Eight Years in Power : an American Tragedy. New York : One World, c2017.
This chapter responds to Barack Obama's presidency, a subject on which Cornel West and Ta-Nehisi Coates have publicly disagreed.

The Difference Between Justice and Revenge

This group of texts gives a broad sample of some of today's most notable black voices in contemporary writing. It includes works on relationships, nature, faith, and more by black writers.